Thanks to Kishor Solanki from Bolton for being an excellent driver and keeping his cool. He played a crucial role.

The trek began with a visit to the Iskon temple near Glasgow where the group did a special pooja.

There were lots of aches and pains, but the weather was excellent, with clear visibility on all three hills.

Ben Nevis start was at 07.30am and was cool. Scafell Pike start was just after 6pm, and the first hour was very hot and tough. Snowdon was the best, as starting at 3.15am meant it was dark and cool. The team managed to get half way up before morning light.

The whole group finished within time and everyone pushed each other along.

Well done to all who took part.

This option allows both Ben Nevis and Scafell Pike to be climbed in daylight, leaving an easy Snowdon path to be climbed at night.

Any additional car expenses will be shared

Our chosen charity is:

Set up your own individual/group fund raising page on MyDonate

BT have set this up with zero admin fees. 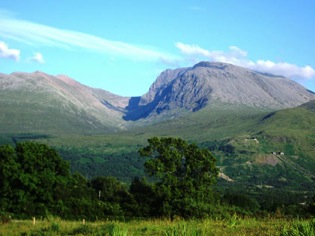 Ben Nevis, the highest of the three peaks at 1344 metres (4409 ft), has only one main path, the path to Ben Nevis starts close to sea level, meaning much greater vertical ascent. 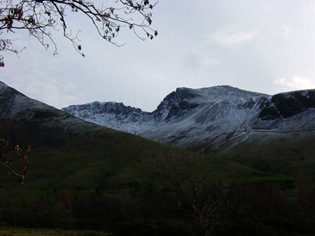 While Scafell Pike has several paths, most Three Peaks Challengers will begin at Wasdale Head, to the North of Wast Water. 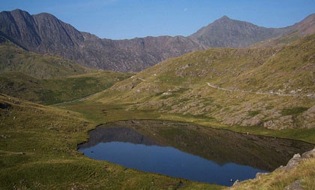 While Snowdon has many paths with varying difficulty, most Three Peaks Challengers will follow either the Pyg Track or Miners Track, leaving from the Pen-y-Pass car park, on the A4086.